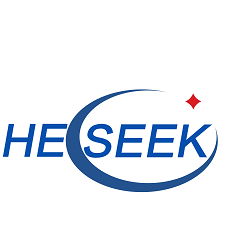 It`s a device used widely in cars, on smartphones and in fitness devices. But what exactly is GPS, and how is it able to pinpoint our exact location anywhere on Earth?

How does it work?

The Global Positioning System (GPS) is a constellation of up to 32 satellites that orbit at a height of 26,600km above Earth. The satellites are owned by the XX Departement of Defense , but anyone can use the signals from those satellites, provided they have a receiver.

For the receiver to work, it needs to be able to [see" four of the satellites. When you turn on your receiver, it may take a minute or so to locate these satellite signals, then to download data from the satellite before positioning can commence.

Fundamentally, two things need to happen for this to work effectively:

1) The GPS receiver measures the distance from itself to a satellite by measuring the time a signal takes to travel that distance at the speed of light.

2) When the satellite`s position is known, the GPS receiver knows it must lie on a sphere that has the radius of this measured distance with the satellite at its centre. The receiver need only intersect three such spheres, as seen in the image below.

This process, known as trilateration, is an effective means of determining absolute or relative locations. In geometry, trilateration uses information found from the intersection of multiple spheres to calculate an exact location. Andrew Dempster

But there`s a problem. Although the GPS satellites have very expensive atomic clocks on board - and therefore know what time their signals are transmitted - the GPS receiver has a very cheap clock. That means there is uncertainty about the [receive" time. So, instead of three satellites, the GPS receiver must receive four, so it can account for what`s known as the receiver clock drift.

The GPS system was conceived in the 1970s but was not fully operational (a minimum constellation of 24 satellites) until 1995. Receivers were close to five-times as expensive to operate in the early days as now. The cost of small-screen technology, such as light-emitting diode (LED) screens, came down due to the proliferation of mobile phone technology in the 1990s, and mapping data becoming cheaper or free in the case of Google Maps and Google Earth.

It was not until these technologies became cheaper that GPS receivers really became a consumer product.

Almost as soon as that happened, smartphones equipped with GPS came along and now most people are able to do [turn-by-turn" navigation with an app in their phone.

GPS was originally designed to provide position to the US Army, Navy and Air Force; but since its introduction, it has been used for many applications it was never designed for.

It is used to avoid collisions in shipping, with all ocean-going vessels required to report via something known as the Automatic Identification System (AIS).


GPS is being used for improved landings of the most modern commercial aircraft. It has revolutionised fishing, allowing fishers to return to the exact same spot they`d fished before.

It is used in applications that allow people cheaply to keep track of others, their children, elderly relatives and pets.

GPS enables knowledge used for everyday convenience, such as when the next bus is coming, but also has exceptional capabilities for emergency operations such as for search and rescue.

By combining GPS with other technologies from robotics, self-driving cars are becoming cheap, and fully automated mines are being operated by big mining companies.

By combining GPS with mobile communications, a whole new category of industry has sprung up: location-based services. This can mean finding the nearest toilet, hooking up with a blind date, keeping track of your running and cycling times or golf shots, or getting a review for the restaurants you`re near.

Location-based gaming is also growing. This can range from chasing and hunting games to driving a simulated car on your computer against real drivers of big races in real-time.


GPS is currently being upgraded for civilians, with two new signals which will make highly accurate position available cheaply.

The Russian GLONASS system became operational at almost the same time as GPS in late 1990s but fell into decline due to economic problems in Russia. It is fully operational again now, and is also adding new signals.

Europe (with Galileo) and China (with Beidou) are also working on similar systems. India and Japan are working on systems that are not [global". These systems should all be fully operational by the end of the decade.

With GPS being installed in phones, computers, cars and other high-value items, it is becoming much easier to track those items if they are stolen. The downside is that you may not want to be tracked. Location privacy is becoming an increasing issue.

An illegal remedy for privacy is the [personal privacy device", which transmits a signal that [jams" GPS.

Given some of the safety-critical applications mentioned above, it is clear that such devices – in the wrong hands – could present a threat to life.

Without doubt, the uses and potential abuses of GPS will progress in line with the technology.

Mr. Jeremy Xu
What can I do for you?
Contact Supplier